Back when … well, whenever, things were better. Right? People loved each other more, spent more time with family. Life was simpler.

Exactly when was that?

Oh, you meant earlier than that. Back in those halcyon days when folks sat on the front porch and ate homegrown food? 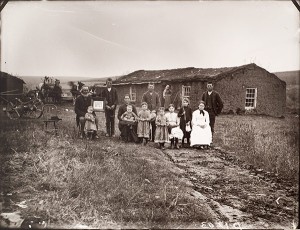 Further back? Like 1850, when much of the labor to produce goods or foodstuffs was performed by African slaves? When it was legal for husbands to beat their wives as long as the stick they used was no wider than their thumb? When children worked in coal mines? When no one had heard of weekends or sick leave or vacation time or minimum wage?

How far back, exactly, did you think we’d have to go to get back to “the Good Old Days?”

The colonial era when poor people and random miscreants were rounded up to work on ships or turned into indentured servants and no one had the right to vote?

Or the 1600s when people who couldn’t pay their debts were imprisoned? When those who didn’t agree with the dominant religion could be burned as a witch?

Or the 1500s when Protestants and Catholics fought endless wars?

Or the 1300s and 1400s when bubonic plague killed one-third of the entire European population?

I mean, how far back do we go? The Crusades? The Roman Empire? Ancient Egypt?

In all those times, war ran rampant as nations ruled by kings fought over resources and territory. People starved and died of diseases that are now preventable or easily curable. Women died in childbirth and half the children born died before adulthood. All the inventions we now consider normal didn’t exist—heated homes, air conditioning, toilets, sinks, glass windows that open and close, motorized vehicles, air travel, ambulances, hospitals and medical doctors, understanding of planets, stars, and our sun, microscopes and the world of bacteria, viruses, cells, and atoms, organized educational systems and widespread literacy…

Could it be that the fondly remembered good old days were simply the days of our youth when we didn’t have to earn a living and didn’t know enough yet to worry? Could it be that those early years of playing in piles of leaves or swimming in a creek or coming home from school to savor a freshly made cookie were simply the experience of a decent childhood without any real application to the adult world? Or that our memories of childhood gloriously forget the bad stuff we don’t want to remember?

When exactly were the Good Old Days?