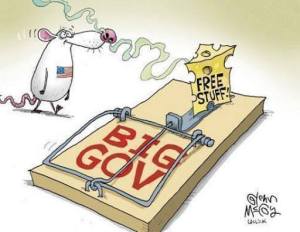 My Berner friends may become incensed with what I’m about to say, but I have to say it. It’s not that I don’t like almost everything Bernie promises. It’s that I’ve learned in my 72 years to be suspicious of someone who offers everything I might want, especially when it’s free. What’s the catch?

I believe he promises far more than he can deliver. Obama managed to get the Affordable Care Act passed but with massive compromises even though Democrats held majorities in the House and Senate. Yet to hear Bernie tell it, he’ll wave his magic wand and give us Medicare for All.

Same thing with his talk about taxing the 1% to pay for all his promises. It sounds great to hear him talk of free college, free childcare, ending fossil fuels, etc. but – as my grandmother used to say – “It’s too much sugar for a dime.”

Immigration policy changes advocated by Sanders are extensive. Good ideas include his commitment to “ensure customs and immigration agencies have the funding and personnel necessary to eliminate the backlog of pending applications and cut wait times for immigration applications and to work with Congress to provide funding to swiftly unify families stuck in pending backlogs.”

But I’ve seen little if any analysis of the social, financial, and security costs to allow unlimited immigration. Just his Medicare for All policy for immigrants raises red flags for a lot of voters — that he would “provide comprehensive care to everyone in America, regardless of immigration status” and his plan to “provide year-round, free universal school meals; breakfast, lunch, dinner and snacks through our school meals programs to all students regardless of immigration status.”[1]

And how much is enough? One million immigrants? Five million? We already know that climate change will marginalize increasing areas of the planet. Is it our plan to let them all move here until we’re as crowded as China? 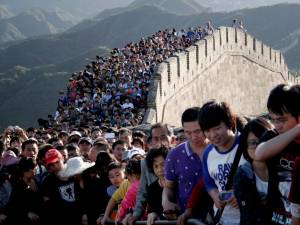 Bernie’s embrace of the Green New Deal includes statements like “Save American families money with investments in weatherization, public transportation, modern infrastructure and high-speed broadband.” And “Invest in conservation and public lands to heal our soils, forests, and prairie lands.”

Short answer: the government. “Directly invest an historic $16.3 trillion public investment toward these efforts, in line with the mobilization of resources made during the New Deal and WWII, but with an explicit choice to include black, indigenous and other minority communities who were systematically excluded in the past.” And he goes on to promise “We will guarantee five years of a worker’s current salary, housing assistance, job training, health care, pension support, and priority job placement for any displaced worker, as well as early retirement support for those who choose it or can no longer work.”

Sanders vows to make “the fossil fuel industry pay for their pollution, through litigation, fees, and taxes, and eliminating federal fossil fuel subsidies” yet doesn’t hint at what this would do to fuel prices. He promises to “End the greed of the fossil fuel industry and hold them accountable,” what every environmentalist has wanted for 50 years. But how do you end greed?[2]

His plan to end right to work laws alone will roil through state governments—where such laws are passed—and spark enormous resistance. Program after proposed program relies on taxing the 1% — but Sanders provides no numbers of how much tax the 1% and many others earning above $29,000 per year will actually be expected to pay. 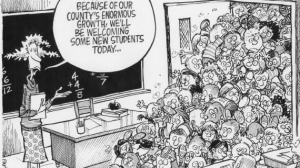 Believe absolutely that Republicans will make those calculations and blanket the campaign with them.

These proposed policies and much more are outlined at Sanders’ campaign website and are worth a read by voters before charging off to put him into the running against Trump. To me, much of Bernie’s platform is pie in the sky without any acknowledgment of the role of Congress in passing legislation or the overall impact on American lives.

There’s a strong sense of individualism among Americans. We believe in hard work and earning what we have. It’s not going to sit well among many voters for the government to take what is earned and give it to someone else. It’s one thing to send a contribution to a request for money by someone we know or to a legitimate charity and quite another to set up massive programs where everyone can get freebies even if they’re slackers. We already have plenty of evidence that people will believe the worst about welfare recipients, some of which is well proven.

Don’t get me wrong. I fully support higher taxes on the super-rich. We might hope that some of these changes could be enacted soon, no matter who the president or members of Congress. But each member of Congress has to answer to their constituents including local businesses and people who worry about having to pay even more taxes. Waving your arms and making promises doesn’t end the human desire to earn more money (i.e. greed) or the very real limits on what we can have.

Promises unfulfilled leave a bad taste in the mouths of voters who might naively elect someone who says all the right things and then can’t deliver. Sanders could set up Democrats for losses far into the future, not only of the White House but Congress and state races as well.

To the more pressing point, if we don’t get Donald Trump and his coterie of criminals out of power, we will have a majority of right wing nuts on the supreme court (much as we love her, Ginsberg can’t live forever), continued degradation of our ethical and social standards, and the risk of losing our entire democracy. Why should Democrats take the chance that Sanders with his wild promises might go down in flames and leave Trump in office another four years? Can’t we recognize the risk and choose a less extreme candidate?

I believe if Sanders becomes the Democratic nominee for president, the Republicans will mop the floor with him and his massive tax plan.

Yes, Republicans will attack any Democratic nominee. That’s what campaigns do. But Bernie is a grenade waiting to go off in our hands. I want change. I’ve been a progressive all my life and have worked hard on issues from women’s rights to the environment. I’d like to believe that Sanders can win the presidency and deliver on his promises. But I don’t believe.

Bernie scares me. He should scare you too. 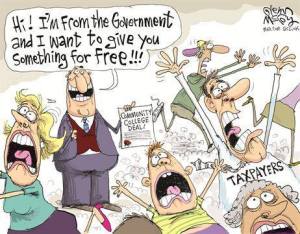