A lot of talk among those on the left focuses on ending war. I’ve heard plenty of Lefties say they didn’t vote for Hillary because she supported war. As if that had any bearing on reality, since so does Trump.

At any rate, I’m seeking input from anyone who can offer a thoughtful analysis on what the U.S. gains in war and why removing ourselves from those situations would be good or bad.

Why is this important? Consider this:

The Watson Institute for International and Public Affairs reports that by the end of the 2019 fiscal year, the U.S. will have spent $5.9 trillion on military spending in Afghanistan, Iraq, Syria, and other countries, as well as veterans’ care, interest on debt payments, and related spending at the Homeland Security and State Departments.

It’s not just about the Middle East. We support military forces around the globe.

These smaller and “other sites” are called “lily pads” and are generally in remote locations and are either secret or tacitly acknowledged to avoid protests that might lead to restrictions on their use. They usually have a small number of military personnel and no families. They sometimes reply on private military contractors whose actions the U.S. government can deny. To maintain a low profile, the bases are hidden within host country bases or on the edge of civilian airports. (Citation)

So let’s take this region by region. Wikipedia gives details on our involvement in the Middle East where we are actively engaged in the following locations:

Afghanistan – the reason we went there was to retaliate for 9/11 and destroy the Islamic insurgents known as the Taliban. Not sure why we care what happens now in Afghanistan but I do hear there are important rare earth deposits we’d like to monopolize. Yes, of course the Taliban still exists but anyone who has taken even a cursory glance at Afghan history will know that no one ever wins in Afghanistan.

Iraq – the reason we invaded Iraq had to do with the false claim they had developed weapons of mass destruction. The only credible excuse I’ve heard is that Cheney had vested interests in the oil fields on behalf of his company Halliburton. Also, Halliburton was contracted for billions of dollars in field support during and after the ‘war.’ Pretty sure we can all see now that Bush’s ill-advised invasion created a crisis for most religions in Iraq which had previously been more or less protected by Hussein’s tolerance policies. The invasion also created an environment where the long-festering religious conflict between Sunni and Shia Islamists could flare into violence and spawn extremists like the Sunni Al-Qaida.

Yemen – we’re supplying arms and ‘advisors’ to Saudi Arabia (and of course money) for its support of the old regime of Yemen in the face of a rebel takeover. Supposed Iranian support for the rebels reportedly triggered Saudi involvement in this Yemeni conflict. So why does the U.S. think this is so important that we are supporting Saudi brutality and genocide in Yemen? Is it just about Iran? Or the shadow of Russia behind Iran?

Over 17 million Yemen people are currently at risk of starvation. https://www.albawaba.com/news/senate-vote-whether-end-us-involvement-yemen-war-1105240

Libya – we stuck our nose into Libya because we wanted to get rid of Kaddafi. Now there is chaos and devastation as dueling factions fight for control. What the hell was the strategic expectation in nations like this and Iraq where decades of strongman rule had carved out a relatively peaceful nation? Is our goal simply to create devastation and turmoil in the entire region in order to help Israel remain powerful? 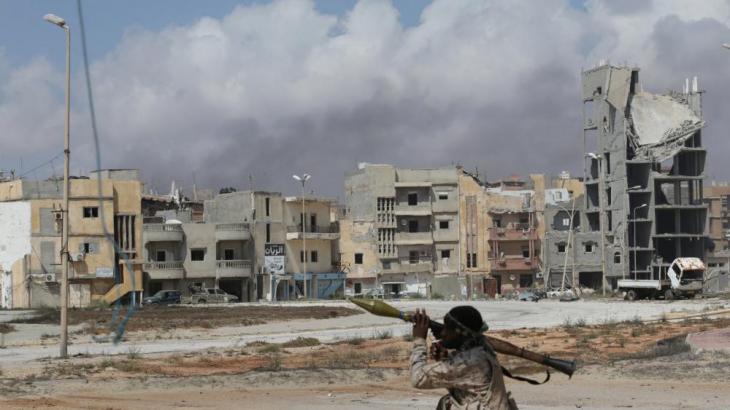 Syria – U.S. ‘advisors’ on the ground in Syria are dependent on Kurdish fighters in this ongoing cluster f**k that began as an uprising by educated Syrians against their dictator Bashar al-Assad. (Evidently despite our partnership with the Kurds, we’re too afraid of retribution by Turkey to advocate for Kurds to have their own homeland.)

Early on, our involvement in the Syrian civil war had to do with atrocities Assad committed against his own people, but then things became more complicated with the rise of Al-Quida/ISIS/ISIL in the war zones. At this point, as far as I know, we’re only trying to get rid of ISIL and allowing Assad to perpetuate his genocide against Syrians who want him out of power. 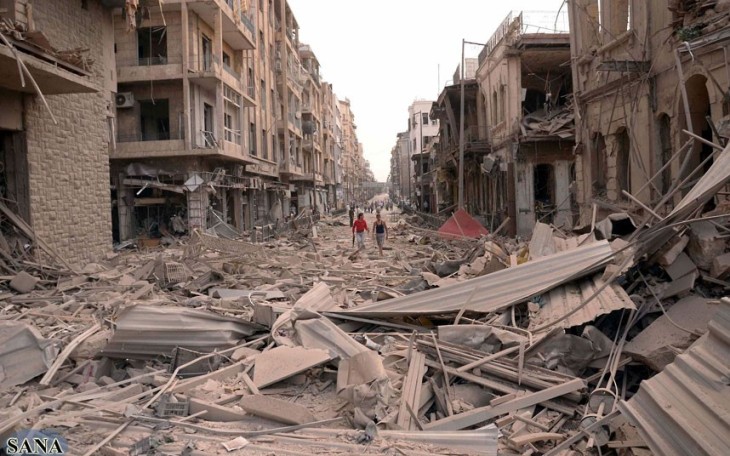 Israel — Although we are not directly involved in military activities between Israel and Palestine (and other Arab nations who formerly controlled the area where Israel was given land), we’ve funneled trillions of dollars into the formation and sustenance of Israel. I have yet to understand this investment, other than a) sympathy for what Jews suffered during WWII; and b) the usefulness of a fierce U.S. ally in the region.

For the record, I’ll ask why anyone thinks a nation based on religion is a good idea. Catholics live all over the world. So do all other religions. Where is the State of Methodists?

Why take away land from people who have lived there for hundreds of years (Palestinians) and create an ongoing crisis just because Jews once claimed it as their homeland? That was back around 30 BC before the Romans took over. Since then, Jews were a minority in that region, only 10-15% of the population by 614 AD. Jews fared no better after the start of the Crusades when invading European Catholics installed Christianity. In 1517, the Muslim Ottoman Empire conquered the area and ruled until 1917 when the British took over.

So based on what existed 2,000 years ago, the Jews should once again have Israel? By that logic, should all other current nations be subject to occupation by the people who ‘owned’ the place 2,000 years ago? The mind boggles.

Is our involvement in the Jewish state mostly about U.S. Christians, Jews, and Biblical prophecies? Why is Israel important to the U.S., to the extent that Israel receives the following?

For FY2019, the Trump Administration is requesting $3.3 billion in Foreign Military Financing for Israel and $500 million in missile defense aid to mark the first year of the new MOU. The Administration also is seeking $5.5 million in Migration and Refugee Assistance (MRA) funding for humanitarian migrants to Israel. (Citation)

Note: This problem will NEVER be solved as long as Israel continues to bully its way into more and more Palestinian land. The least we can do is withdraw from the drama and let them all kill each other.

Oh, and there’s this: The top five source countries of U.S. petroleum imports in 2017 were Canada, Saudi Arabia, Mexico, Venezuela, and Iraq. Hmm.

As for other places in the world where our troops are involved in local violence and imperialist ambitions, consider Africa where U.S. forces are stationed in over 20 locations.

When U.S. troops were ambushed in Niger last October (2017), the widespread reaction was surprise: The U.S. has military forces in Niger? What are they doing there?

Yet in many ways, the Niger operation typifies U.S. military missions underway in roughly 20 African countries, mostly in the northern half of the continent. The missions tend to be small, they are carried out largely below the radar, and most are focused on a specific aim: rolling back Islamist extremism. (Citation)

Might I humbly submit that Islamist extremism in Africa didn’t exist until American evangelists started messing with native African beliefs and European/American colonialists swept in to exploit the natural resources. 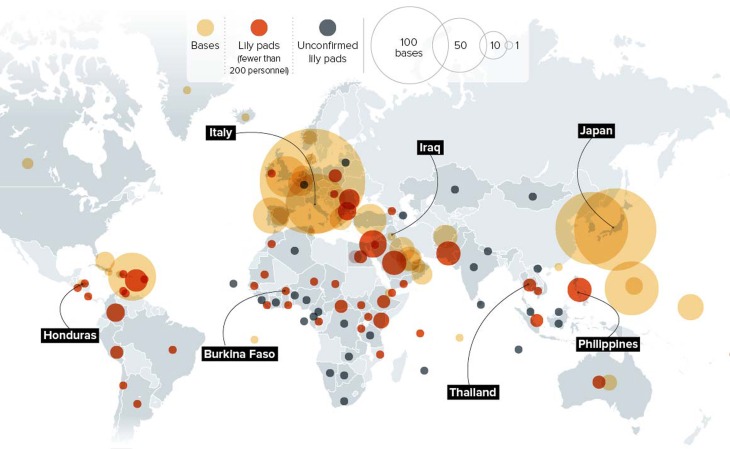 Or how about Asia where we have maintained a heavy military presence since BEFORE World War II.  A Wall Street Journal report from May 2017 states that “the Pentagon has endorsed a plan to invest nearly $8 billion to bulk up the U.S. presence in the Asia-Pacific region over the next five years by upgrading military infrastructure, conducting additional exercises and deploying more forces and ships.”

In Central and South America, the U.S. has a long tradition of meddling with our neighbors’ affairs. Through our C.I.A. and black ops, we have assassinated, deposed, and otherwise destroyed Central and South American governments we didn’t like primarily for their socialist or communist leanings. U.S. policymakers evidently failed to consider the benefits of socialist policies in largely rural countries where most arable land has been taken over by multinational corporations for use as food crop plantations or grazing land for cattle production, or in some cases mining, oil production and other natural resources.

These practices have left the average native citizens without a place or occupation by which to support themselves, creating the need for governments to level the playing field. Instead, any government that has hinted it might take back land for its people has been ruthlessly eradicated.

… the U.S. military school initially called School of the Americas, now called the Western Hemispheric Institute for Security Cooperation (WHINSEC), [has fostered graduates] who have tortured and murdered citizens of their countries who opposed their governments’ oppressive policies-in Honduras, Guatemala, El Salvador, Chile, Argentina. Some of the most notorious of these murderers that sought asylum in the United States in the 1980s are now being extradited back to their home countries, particularly to El Salvador… (Citation)

(Anyone still wondering why these migrants keep arriving at our southern border?)

Is it naïve to think that in a time of a mushrooming global digital community and escalating economic challenges due to climate change that we could start to look at new world order that’s beyond war?

What exactly does the U.S. stand to lose by stepping back from armed conflict?

Well, there’s the money. The combined arms sales of the top 100 largest arms-producing companies amounted to an estimated $395 billion in 2012. The five biggest exporters in 2010–2014 were the United States, Russia, China, Germany and France, and the five biggest importers were India, Saudi Arabia, China, the United Arab Emirates and Pakistan. (Citation) In the top ten arms producers, eight are U.S. corporations. Among them, they provide 831,000 jobs, one of the primary justifications for perpetuating the industry of war.

Then there are military jobs. For FY2018, these were the following budget items:

The total number of deaths and the amount of human suffering is incalculable.

To Christians who support war in support of Israel or otherwise, I’ll ask what Christ meant when he said to turn the other cheek. Etc.

Is violence ever justified? Is war ever moral? Is it really kill or be killed? Are migrants seeking refuge a threat requiring military action?

Have we come so far and still remain, at our core, savages?