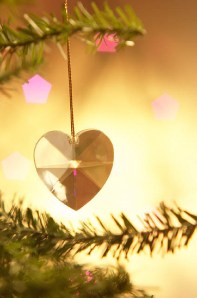 Twenty years ago, I started putting things in a box, a big box that came to hold Christmas photos, greeting cards, graduation announcements, newspaper clippings. Everything that marked our days and years, things that in the previous twenty years had been carefully placed into a family album or one of the albums dedicated to each child, or special scrapbooks of family trips complete with dried flowers, matchbooks from restaurants, bits of seashells. Sooner or later, I consoled myself as the box grew fuller, I will deal with all that.

My marriage had ended, leaving me with three children aged 13, 15, and 17. I was self-employed as a piano tuner, partnered with my aging dad and an employee. An old commercial rental property provided extra income but its own litany of problems to solve. I drove kids to school from a rural home, split firewood, fed and butchered chickens, planned menus and cooked meals, and drove to an even further city for the youngest’s dance classes. I had a newspaper column to write in support of my environmental advocacy. There were surgeries, termites, and kidnapped dogs.

The previous year, my oldest had dropped out of her junior year in high school and lived on the streets before returning home a few months later to start her first year of college. Two years later, the second child quit his senior year in disgust–he only needed two credits to graduate, but they wouldn’t allow him to finish those credits in the fall term. He went off in a VW van to live with another couple in the remote countryside. The youngest alternated between rage and over-achieving.

Grief over the loss of a dream to live out life with my soul partner slowly subsided to the back of my mind. I lived large. I hosted dinner parties, hit the occasional nightclub, took a younger lover. Christmas trees in our living room were twelve feet tall and encrusted with ornaments and garlands. Gaily wrapped gifts heaped thick on the floor. The children grew older, in and out of college and romances, to New Mexico, the Caribbean, Florida, one of them in New York City when 9/11 happened. Time flew by.

In 2000, I spearheaded a statewide effort to allow medical use of marijuana. In a southern state like Arkansas, the “m” word was not spoken in polite company. Public appearances of any kind stressed me to the max, but I forced myself. I wanted to set an example for my children, how we must work for the changes that are needed. Trips to Washington D.C. Up and down the road to locations around the state. More years, more stuff in the box.

A few years later, my dad died and the next year, I retired from piano work. Thirty years at concert halls, churches, homes had taken their toll on my hearing. And my heart wasn’t in it. My activist work tapered off, taken up by younger, less-exhausted hands. Children were on their own and I lived alone with cats, dogs, watercolors, writing.

Rental property demanded action if it was to adequately support my retirement, and so a three-year investment of time and energy consumed me in a world of architects and engineers, construction, zoning hearings, easements. Carpenters, electricians, plumbers. Bankers. Cost overruns. Pleasure in brick and mortar accomplishment.

More surgery, termites, and dogs. (OK, you may wonder why the termites. But my house sits on a hill overlooking our spring-fed ponds, and the operative word is “spring.” Year round, this natural source of sweet, pure water supplies us even in drought. So you can understand my hesitancy to pump poison into the ground that sooner or later will make its way downhill.)

Construction projects finally ended. And I opened a café. For three years I chased the joy of preparing delicious food and exotic tea for an appreciative clientele. Christmas trees and scented candles ornamented the café. Decorated cookies and figgy pudding appeared on the menu. I had dreamed of the café for so many years. Proud I made it come true, but it was grueling. Employees, payroll, never enough profit to justify a wage for me. Financial suicide.

More stuff in the box.

Two years now since the café closed its doors, and I’ve been firmly lodged on this hill ever since. Writing. This year, no Christmas tree. A strand of colored lights drapes over my dresser top and office doorway. No gifts, I’m too broke. Rental property and family concerns are the only outside diversion, plenty for an increasingly crotchety woman. It will be years before I can break out of the debt incurred from real estate developments and the dream café project. I squeak by strangely content to be the impoverished writer. It’s what I always wanted to do.

But I’m so rich. I don’t need any more Christmas trees, trips to exotic places, dinner parties. Today was the day to stagger down the hallway with the big box full of the last twenty years, to sort through the mementos of all those times, a holiday gift to myself. A bit of detective work is required, examining haircuts, expressions, clothing, a calendar in the background to figure out what year…1998? 2002? How did we get to the eve of 2014?

An empty box will mark my progress as the contents slowly form stacks that swamp the dining room table. A stack per year. So many years. Each item, each photograph, will take its place on the scrapbook page. Each page will lead to the next, the next Christmas with its tree, gifts, laughter. The next year with its particular challenges, losses, rewards.

Some of the photos will end up on Facebook (oh brave new world) to be shared with my children, now in California, Oregon, the youngest at home in her own part of the house to pursue another master’s degree, their lives racing past. In each item I lift from the box, the long gone years will come alive, sights, smells, sounds of voices, music, feasts. All of it to be treasured, worthy of the effort to preserve it, think on it, remember.

In the spirit of the season, of cold, dark days and inevitable renewal, in memory of those now gone, I give thanks to every loved one, every moment, to every participant, acquaintance, to the wind in these trees. I won’t forget Janis Joplin, who exhorted me with inspired words so many years ago: Get it while you can, honey. Get it while you can.

Thank you, Janis. Thank you all. I got enough to last me if I never do another thing.