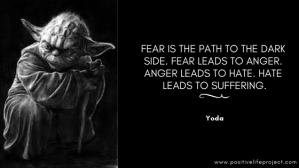 The Republicans are right. The impeachment enacted yesterday isn’t just about what Trump did with Ukraine. Yet that alone is certainly enough to justify impeachment, no matter what these desperate men and women might say. If we ignored everything else he’s done to deserve impeachment, Ukraine might not seem enough.

But Trump has violated his oath and disrespected the office since the day he stepped into the White House. He refused to release his tax returns, although he promised to do so. He refused to divest himself of financial interests and intentionally violates the Emoluments Clause (Article I, Section 9, Clause 8 of the United States Constitution) that restricts members of the government (including the president) from receiving gifts, emoluments, offices or titles from foreign states and monarchies without the consent of the United States Congress.

He disgraces the highest office of our nation by openly insulting members of Congress, his political competitors, and otherwise behaving like a school yard bully. He treats his Cabinet members and honorable members of agencies of the executive branch like personal lackeys to be ignored, cursed, and dismissed at his tyrannical whim. He has carried out the duties of the presidency largely through Twitter and off-the-record meetings and phone calls, allowing no one to monitor or document his deeds. He has met with the leader and various representatives of our primary global enemy, Russia, without allowing journalists or national security agents to oversee his actions.

His “foreign policy” has been built on personality rather than strategic planning. His disregard for established professionals in the state department and his willful ignorance of history and established protocols has resulted in enormously harmful blunders such as the withdrawal of support for the Kurds in northern Syria while his allegations of doing so in order to “bring our troops home” have proven patently false. He has put the future of our nation at risk.

Every day in his term of office has been a new circus of blatant lies, insults, and pathetic displays of his lack of knowledge, lack of decency, and lack of awareness that he lacks anything. He strolls through the processes of government like a bull in a china shop, oblivious to the traditions of the presidency or the protocols of cooperation and diplomacy at home or abroad. By his own admission, he gives little attention to the demands of his job but rather claims “executive time” for watching hours of television and playing golf.

Trump’s assault on the media alone is worthy of impeachment. Amendment I of the Constitution:

Congress shall make no law respecting an establishment of religion, or prohibiting the free exercise thereof; or abridging the freedom of speech, or of the press; or the right of the people peaceably to assemble, and to petition the government for a redress of grievances.

If Congress is not to abridge the freedom of the press, it should go without saying that president also should not.

Trump is an abomination, inept and unbalanced, and his removal from the office of president should have been accomplished in his first year – and could have been if not for the desperation of Republicans who even now, after endless demonstration of his incompetence and ill will, cling to him without any consideration for the welfare of the nation they’re sworn to protect. That they continue to hold support from a segment of the American population demonstrates not that they’re doing something right, but that a segment of the American population is just as pitiable as their elected representatives.

Pity their willful ignorance. Pity their narrow view of their lives, of the world, that they would begrudge food for the poor, a helping hand to anyone not of their skin color. Pity their selfishness, the animosity that shrinks their souls. Pity their daily existence in its privation of spirit and the dissipation of any opportunity to fulfill their human potential. Pity the shallowness of their lives that they fail to seek information that might disturb their preconceived notions.

Pity them, their elected representatives and their president for the overwhelming fear that drives their anger, their bluster and lack of vision, their refusal to see the promise of a future without hate.

We as a nation should impeach anyone who fails to look up to the light on the hill inherent in our nation’s vision, who fails to bring us closer within our diversity, who plays upon our fears and singular weaknesses instead of encouraging, building up, and affirming our potential. That is our duty to each other, the sacred promise of our nation’s founders that we can do better, that we must do better. We learn from our mistakes, build on our failures, work to fulfill the potential a democracy offers us as a people.

As guardians of the future, we must vanquish the darkness and all its emissaries including Donald Trump, a man ruled by ignorance and fear. 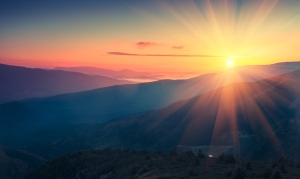 Denele Campbell had her eye on writing from childhood. While pursuing her undergraduate degree in English, she filled her electives with poetry and fiction writing classes. Life then did what it does to everyone, tumbling through love, marriage and children, household and career, pets and pursuits, leaving Campbell to fit in bits and pieces of authorship. Newspaper columns, articles on local history, biographical profiles and small evocative essays kept her writing passion on a low simmer until retirement. Now devoting her full-time energy to writing, Campbell is plowing through thick files of ideas and half-finished manuscripts to produce fiction and non-fiction works. View all posts by Denele Campbell

4 thoughts on “Footnote to Impeachment”