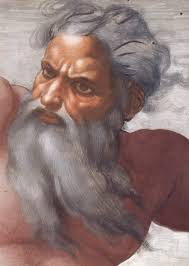 We shouldn’t hold our breath. Phil Robertson and the Church of Christ aren’t going to change. They pride themselves in rigidity, which they see as their unwavering discipline in the Word of God. Descended to American backwoods and byways from the Puritans and Presbyterian Scots tradition of strict religious practice, the practitioners of this fundamentalist sect forbid women to speak in church, refuse instrumental music, and do not offer Sunday school. Worship is intellectual rather than emotional, an embrace of rules and edicts interpreted from the King James version of the Bible.

I was raised in this church. There were preachers in the family, and church formed the social and political center of our lives. We went every time the door was open—literally. Sunday morning, Sunday night, Wednesday night, plus special nightly meetings with a traveling preacher or “singing” services where the church elders would take turns leading songs…a cappella, of course—all were mandatory to the true Christian.

None of this was fun. It wasn’t supposed to be fun. Oh, there were the sometimes pleasurable associations with others of our own kind. This was our world. There was the benefit of being relieved, temporarily, of our duty to work without ceasing. But whatever enjoyment might be gained in the gathering had to be tempered by the greater framework of our purpose in obedience to the Almighty Father’s plan. Outright laughter in the House of the Lord would have been unseemly.

The teachings were that humans were born with sin, and that we were here to suffer for it. Without a life of suffering, we couldn’t get to heaven. Sensory gratification formed the greatest temptation to sin, especially delight in The Flesh. It all served as major stumbling blocks on the road to salvation. Our embodiment in corporeal form was punishment, no ecstasy allowed. Joy came after life—if we toed the line. Otherwise we would burn in eternal hellfire. Church services dragged on with a few songs to break up sermons where a certain cadence of voice marked the rising passion of the message until the thundering conclusion arrived meant to stir every heart to confess the inevitable sin we all carried.

At the conclusion of the sermon, a song invited sinners to come home. Those with guilty consciences were expected to walk down the aisle of the church toward the front, where—if previously baptized—he/she would kneel and confess before the congregation. If not baptized, this wayward soul would be scheduled for full-immersion baptism, usually on the heels of the regular church program. Everyone would cluster in excited hushed conversation while the sinner was taken to a private room, dressed in a white gown, led to a tank of water which in many cases had not been warmed, and lowered into the water while the preacher called on God to welcome His new servant.

Although as a thoughtful female child I had resisted much of what the preachers had to say, I still wanted to belong to this club. I wanted to be saved, to experience the blessings of God, and partake in the weekly communion of wafers and grape juice given as a symbolic sharing of the body of Christ. I wanted that magical sense of well-being in my otherwise fretful existence. So when I was fourteen I walked down the aisle. My parents wept at my salvation. The water in that small Oklahoma church was ice cold, and I gasped as it surrounded me. Water flooded into my nose and mouth and I strangled. The thin cotton gown hid nothing when I stood up coughing in the miserable icy water, newly formed as a child of God but shivering as the wet fabric clung to my naked pubescent form. The overriding sensation was not that I had been welcomed to the loving arms of Jesus but that I wanted to die of humiliation

I didn’t feel saved, relieved, or welcomed. I would never admit it, not in those early years, but I didn’t really believe in any of it. How could a loving God also be an angry and vengeful God? Why was God a man if we were made in his image? Where did God come from? I asked these questions but quickly learned that these were questions not to be asked. Certain things were to be taken on faith. Shut up and listen.

I wanted to feel ecstasy about God the way I felt when I looked at a stunning blue sky or the wings of a butterfly. Everywhere around me I saw beauty, yet I wasn’t supposed to embrace the pleasures of the earth. Slowly I came to understand that only a sadistic, evil God would create a sensational world and people who gained such joy in experiencing those sensations, and then threaten eternal damnation for enjoying it. Nothing sacred or holy existed in that God. I rejected all of it.

For those who accept this belief system, the official expression is dour. Like Phil Robertson’s stern face, outward demeanor is meant to convey the seriousness of God’s judgment and unceasing fear of His wrath. Everything is sin, but especially certain things that threaten the patriarchal foundations of the faith. Women are advised to be obedient and serve their husbands in the same way that men are to serve God. As the lesser sex, woman’s path to God is through her husband, as he was formed in God’s image and she was formed from man’s rib. Many a sermon centers on woman’s innately sinful nature and her duty to suffer for tempting Adam to eat that damn apple.

In spite of their Christian belief in the role of Jesus Christ and the New Testament as the foundation of their religion, fundamentalists love to dredge up Old Testament bits as a rich source of rules and exhortations, with quoted sections carefully chosen to serve the featured topic of the day. Other parts of these old conglomerated writings, not so useful bits about slaves (how to obtain slaves, how hard you can beat them, and when you can have sex with the female slaves) or war captives (Follow him through the city and kill everyone whose forehead is not marked.  Show no mercy; have no pity! Kill them all – old and young, girls and women and little children.) tend to be left out.

As I grew older and made a point to study the entire Bible’s text, these selective uses of Scripture caused a growing cognitive dissonance that affirmed my instinctive rejection of this narrow-minded view of the world and of God. Perhaps most alarming, those most faithful to the dogma seemed to lack any real belief in their own salvation. Satan lurked at every corner. Constant fear and anxiety haunted my parents and others in the congregation. And ironically, instead of benefitting from their religious practice, they suffered. There was no joy.

To me, the most unacceptable tenant of the Church of Christ was the belief that this faith is the only path to God. Followers of all other belief systems are going to hell. There is no wiggle room on this point of total arrogance and closed-mindedness. Any hint of updating to a more open-minded view of our fellow man is trumped by the feverish fear of offending God.

Mr. Robertson and his ilk risk hellfire and damnation if they don’t exhort against sin. They believe it’s their Christian duty. Perhaps he faintly recognizes that he’s already skirting condemnation because he has accumulated great wealth, and this drives him to an ever-more agitated thumping of his holy book. (“Again I say to you, it is easier for a camel to go through the eye of a needle, than for a rich man to enter the kingdom of God.”)

If A&E had persevered in its banishment of Phil, he might have secretly welcomed his exile as a suitable end to his dabbling in the perverse world of commercial entertainment and all the divorce, blended families, homosexuality, half-dressed bodies, independent women, and other defilements of God’s plan that are routinely displayed there. Secure in his manly beard and violent conquest of Nature as his God-given right, Phil will always sink to the level of his ultimate comfort, the ways and beliefs he has always known.

As it is, he and his Ducky family can continue to feel righteous as they judge the rest of us. Once again in the tradition of all fundamentalists, they’ve managed to skip over key parts of their own literature:  “Judge not, that ye be not judged. For with what judgment ye judge, ye shall be judged: and with what measure ye mete, it shall be measured to you again. And why beholdest thou the mote that is in thy brother’s eye, but considerest not the beam that is in thine own eye?”