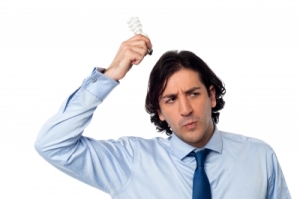 For every new technology, archaeological discovery, or advancement in medical science, there is an equal and opposite reactionary impulse to dive deeper into the ignorance enshrined in fundamentalist religion. Evidence of this mind-jarring disconnect can be found on all fronts.

In March, Florida’s Governor Rick Scott issued a fatwa forbidding state employees from including the terms ‘climate change’ or ‘global warming’ in their studies and reports. He justified his stance by stating that he wasn’t a scientist, which of course is all the more reason he has no business restricting educators, researchers, and scientists on the state’s payroll from using whatever scientific terms they may deem appropriate. Ultimately, this rightwing Republican deferred to his religious beliefs, intimating that God is in control of everything.

Including, evidently, the weather.

A recent proliferation of similar inanities include the appointment of science-denier Sen. Ted Cruz (R-Texas) to the chairmanship of the Senate Subcommittee on Space, Science, and Competitiveness, the placement of rabidly anti-science Sen. James Inhofe (R-Oklahoma) in charge of the committee that oversees the Environmental Protection Agency, and the positioning of Sen. Marco Rubio (R-Florida) to chair the Subcommittee on Oceans, Atmosphere, Fisheries, and Coast Guard, which oversees the NOAA. As noted by one report, “Rubio is a climate change denier…and the NOAA is, after all, the National Oceanic and Atmospheric Administration. Putting him in charge of the NOAA is like installing an atheist as Pope.”[1]

In the same vein of self-righteous stupidity, last fall the House passed a bill that forbids scientific experts from “participating in ‘advisory activities’ that either directly or indirectly involve their own work. In case that wasn’t clear,” says Salon columnist Lindsay Abrams, “experts would be forbidden from sharing their expertise in their own research — the bizarre assumption, apparently, being that having conducted peer-reviewed studies on a topic would constitute a conflict of interest.” Abrams cites Union of Concerned Scientists director Andrew A. Rosenberg in his editorial in RollCall: “…academic scientists who know the most about a subject can’t weigh in, but experts paid by corporations who want to block regulations can.”[2]

The rush to deny science is hardly new. At least since the Middle Ages, persons in the thrall of religion have ignored, repudiated, tortured, and/or burned at the stake anyone who tried to break out of the prevailing mythological bubble. One might have hoped such mindsets were things of the past, but alas, the tendency has picked up steam in recent years. It seems the more we learn about our world, the greater the rush to fundamentalism.

Why and how can this trend occur in the United States of America, where supposedly we enjoy a higher level of literary and education than much of the world?

Would you be surprised if I told you that your tax dollars are part of the reason?

Would you care if substantial portions of state and federal education dollars find their way into funding for religious instruction, much of it extremist?

How can this be? What happened to separation of church and state?

A quick survey finds that through its Child Care Development Fund, the U. S. Department of Education hands out vouchers for low-income working parents to use on childcare anywhere including religious programs. Government similarly looks the other way while handing out tax money to pre-school programs which acknowledge a religious mission, as long as the school claims to isolate the religious instruction to hours before and after the ‘education’ hours, a convenient ruse.

Another effort to spread religion through public education has focused on athletics. Since 1954, the Fellowship of Christian Athletes (FCA) has built a multi-level, global Christian outreach targeting junior high, high school and college campuses. They sponsor team Bible studies, chaplain programs and Bible studies for coaches. One of the requirements for its adult leaders is ‘sexual purity,’ a blanket term covering marital fidelity as well as sexual orientation. So called ‘team-building’ exercises for college athletes include mandatory attendance at church services.

The push for religion in college athletics has resulted in use of tax dollars to pay salaries for chaplains who pray over athletes, counsel coaches, and lead college athletes in religious activities. In some instances, chaplains volunteer for such powerful positions while a few have wages paid by the FCA. Whether on the public dime or not, Christian advocates are given unfettered access to captive audiences in our schools, access provided to no other outside group.

In recent weeks, Freedom From Religion Foundation (FFRF) has singled out the University of Georgia as “one of the major offenders.” The organization noted that Kevin “Chappy” Hynes, UGA’s chaplain, is head coach Mark Richt’s brother-in-law, and cited Hynes as saying, “Our message at Georgia doesn’t change, and that’s to preach Christ and Him crucified, it’s to win championships for the state of Georgia and win souls for the Kingdom of God, so we’re going to continue down that path.”[3] All chaplains investigated by FFRF were promoting Christianity, usually with an evangelical bent.[4]

Aside from the outrage of forced religious activity for non-religious athletes, there’s the mind-boggling absurdity underlying this effort. Does God Almighty care who wins a football game?

All this and still the steady drumbeat of demand for prayer in schools.

The insidious creep of religion into public education and the equally alarming rise in religion-based home schooling steadily increases the number of adults who are functionally illiterate in terms of reasoning capacity. Given the dedicated efforts of fundamentalists to infiltrate all levels of education for our young people, it’s not difficult to understand why an increasing number of legislators don’t understand climate change and refuse to accept any responsibility for the condition of the environment.

The rejection of science and reason in terms of public policy results in steadily increasing collateral damage. The longer we continue to use fossil fuels, the more severe climate change becomes. The more restrictions are placed on sex education, birth control, and abortion services, the more unwanted children are born to desperate lives of deprivation and abuse. The more religion commands top role in policy making, the more likely we will wage war on those of different faiths.

In short, reliance on religion as the most important element in public policy ensures greater human suffering.

It’s not supposed to work that way, as any reasonable person of faith would attest. Religion is supposed to be a path toward love for our fellow man, among other things. The extent to which extremist religion has become an agent of harm is the measure of how its use has been twisted to a less than divine agenda.

Unlike previous times when religion ruled nations, voters still retain the power to rule the United States. Even though approximately 75% of the population claims to embrace some religious belief, only 25% are evangelical Christians. It’s a bigger interest group than any other force in American politics, but they are ultimately less than one out of five of the rest of us.

Reality demands a change in how we regulate tax dollars. Too many inroads have been made in allowing those who cling to outdated beliefs to risk the future of every life form on the planet. It’s time to stand up to the extremist bullies in our midst.